Some of  us contacted Sarah Bascom when she started this website for a few reasons.

1. The intention when they rolled it out was confusing and we wanted to make sure that we were supporting the right thing.

2. We’ve been doing this for a long time. We’re the ones that have been documenting, blogging, protesting, writing and keeping this issue alive. We, being the River Warriors. We wanted to offer our help so this would succeed. We were asked at one point to help to find businesses that would join in the Coalition to support the EAA.

We were so appreciative of the Everglades Coalition. Especially after the amazing meeting in Key Largo this year. For myself I felt like there was solid support of the big guns and we could accomplish this for sure.

I privately asked a lot of people who was behind this website and what was the point and most people did not know. So I emailed Sarah who basically blew me off. I know others did also and she blew them off. I felt at the time she was trying to accomplish something good and just left it alone.

Then I started seeing her name pop up -here is one

“One source for money to revive the water-farming contracts was money from the taxpayers from the rest of the state, via the Legislature. But the water district’s governing board, under state law, is not allowed to hire its own lobbyists to pursue funding.

Instead, Alico did it for them.

The company employed 16 lobbyists last year, and it turned them loose on the Legislature to get $13 million to pump new life into the project. Alico spokeswoman Sarah Bascom said the company was just helping out a state agency in need, and its lobbyists did not specifically ask for money for Alico’s own contract.”

There are more. I’ll find them later.

Then this morning I saw this

Sarah Bascom, spokesperson for the Support the EAA Reservoir Project Coalition, an actual stakeholder with something meaningful to say, thought so too.

“This is absolutely ridiculous and, quite frankly, embarrassing for these two groups to have hired paid actors to pose as protesters who ultimately had no idea what they were there to oppose,” wrote Bascom in a statement Thursday.

If Sarah had been paying attention she would have learned that the actors that were paid were also duped.

Those actors thought they were filming the back drop of a tea party piece.

Sarah Bascom. Shame on you for not doing your homework. Our death mermaid is a dedicated water advocate. Probably one of the most compassionate and creative people I know.

Here is she speaking last week at SFWMD
https://www.youtube.com/watch?v=4KOAv4XGv_4

Did you get confused about who you were working for?

With friends like you we will surely get toxic discharges forever. 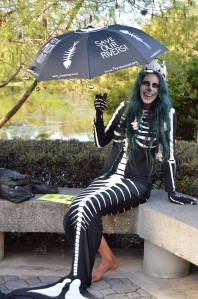 35 comments on “PR Firm plays both sides of the road. Makes stupid remarks.”