Last year when we were trying to get our reservoir to send clean water south to stop salt water intrusion, stop the toxic discharges, save the Everglades, and save the water of South Florida the Everglades Coalition after the yearly meeting hired a PR firm to sell the reservoir.

They hired a woman named Sarah Bascom to this. Sarah also worked as the PR spokesman for Alico. Good gig Sarah if you can get. Working for both’s sides.

In a few weeks it will the beginning of a new legislative session. Already there are some bad bills being filed. Fracking. Bills to take the sunshine away.
It makes me think what kind of people are these that have so little regard for us the people who elected them.
Even if your complicit and go with leadership because your afraid of the punishment you still complicit.
Last week when I drove to Sarasota there was an office on route 70 just west of 27.  This place was called Alico Chemical. I would have gotten a photo on the way home but I was in dire need of a ladies room.

“Alico believes that its new membership in CNI will allow it to fulfill its chemical requirements on a more independent, sustainable and efficient basis as the company grows.

CNI is a stock held marketing and sales corporation that has been doing business for over 40 years, supplying independently owned agricultural retailers in 21 states. The focus is to be the preferred supplier of agricultural inputs (crop protection products, seed and       , to our dealers/owners which represent over 335 retail locations. Our operations stretch from the East Coast of the US to the West Coast, linking many of these agricultural markets. CNI offers great value to our customers with a consistent, reliable, and strong business model and to suppliers with influence, direction, molecule management, and access to the major US agricultural markets. 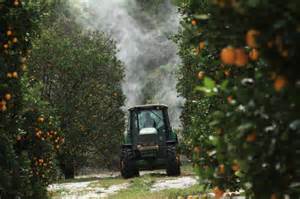 Chem Nut, Inc. markets and sells agricultural inputs, such as agrichemicals (agrichemical refers to the broad range of pesticides, including insecticides, herbicides, fungicides and nematicides. It may also include synthetic fertilizers, hormones and other chemical growth agents, and concentrated stores of raw animal manure.), micronutrients, seeds, and adjuvants (A pharmacological agent added to a drug, predictably affecting the action of the drug’s active ingredient. ) to farm retail businesses and dealers in the United States. The company was founded in 1974 and is based in Leesburg, Georgia. It has locations in Sebring, Florida; Tarboro, North Carolina; Weyers Cave, Virginia; and Lubbock and Dumas, Texas.

“Recently announced acquisitions of three Florida citrus producers will make Alico’s citrus division the largest citrus producer in the United States, with total pro forma 2014 production of 10 million boxes annually.
Alico owns and manages approximately 114,000 acres devoted to citrus, cattle, farming, conservation and natural resources.
We own and manage Ranch and Conservation land in Collier, Hendry and Polk Counties and engage in Cattle Production, Sod and Native Plant Sales, Land Leasing for recreational and grazing purposes and conservation activities. Ranch and Conservation totals approximately 64,500 gross acres. We occasionally lease the same acreage for more than one purpose.
Our Cattle operation is engaged in the production of beef cattle and is located in Hendry and Collier Counties. The breeding herd consisted of approximately 8,600 cows and bulls and we plan to increase the size of our herd in the near future to the extent practicable. We primarily sell our calves to feed yards and yearling grazing operations in the United States. We also sell cattle through local livestock auction markets and to contract cattle buyers in the United States. These buyers provide ready markets for our cattle. We believe that the loss of any one or a few of these buyers would not have a material effect on our Cattle operations. Revenue from ranch and conservation operations was approximately 9.2%, 6.6%, and 5.8% of total operating revenue for each of the years ended September 30, 2014, 2013, and 2012, respectively.

Water Storage Contract Approval
In December 2012, the South Florida Water Management District (“SFWMD”) issued a solicitation request for projects to be considered for the Northern Everglades Payment for Environmental Services Program.  In March 2013, the Company submitted its response proposing a dispersed water management project on its ranch land.

On December 11, 2014, the SFWMD approved a contract, based on the submitted response, with the Company.  The contract term is eleven years and allows up to one year for implementation (design, permitting, construction and construction completion certification) and ten years of operation whereby the Company will provide water retention services. Payment for these services includes an amount not to exceed $4,000,000 of reimbursement for implementation. In addition it provides for an annual fixed payment of $12,000,000 for operations and maintenance costs as long as the project is in compliance with the contract and subject to annual SFWMD Governing Board (“Board”) approval of funding.  The contract specifies that the Board has to approve the payments annually and there can be no assurance that it will approve the annual fixed payments.

Conservation Easement
In the fourth quarter of fiscal year 2013 we were granted an easement to the United States Department of Agriculture (“USDA”), through its administering agency, The Natural Resources Conservation Service, on approximately 11,600 acres of our Ranch and Conservation land located in Hendry County, Florida.

He supposedly resigned as CEO.

The resignation of Alico CEO JD Alexander on Nov. 6 ends the storied ownership of one of the biggest agribusiness companies in the state.

In October, New York-based Arlon Group and private investors Remy Trafelet and George Brokaw, operating as 734 Agriculture LLC, agreed to pay $37 per share in cash for 50.5% of Alico controlled by Atlantic Blue Group, the heirs to the fortune of the Ben Hill Griffin citrus family.

But while Alexander will no longer be the Fort Myers-based company’s chief executive, he won’t be straying too far. In a Nov. 12 filing with the Securities and Exchange Commission, Alico says the company will pay Alexander $2 million annually for the next two years as part of a consulting and non-compete agreement.

In an article in the Ledger he said he was forced to resign all due to issues within Alico and Atlantic Blue which seem to be family driven. The sources in the Ledger article did not want to be identified because they were afraid of retribution.

Clayton Wilson is now the CEO of ALICO

Here is his bio

Mr. Wilson has served as Alico’s President, Chief Executive Officer and Director since November, 2013 and brings to the Board extensive knowledge and experience in the citrus industry. Mr. Wilson is a third generation citrus grower and has been actively involved in the citrus industry for over 28 years. He is the Chief Executive Officer of 734 Citrus Holdings, LLC, d/b/a Silver Nip Citrus. His responsibilities include the oversight of all aspects of the company’s citrus operations. Mr. Wilson is Vice President and Chairman of the Board for Latt Maxcy Corporation and also serves on the board of Citizens Bank and Trust. Mr. Wilson is also a board member of many industry associations, including Ranch One Cooperative, Cooperative Producers, Inc. and Gulf Harvesting, Inc. and is past President of Highlands County Citrus Growers Association. He currently serves as a board member and Vice President of Citrus Marketing Services and is a past board member of the Harvesting Advisory Council for the Florida Department of Citrus. He holds a degree in Commerce and Business Administration from the University of Alabama.

SO this ALICO. They like water farming. They like chemicals. They can make a lot of money as our Everglades dies, our aquifers fill up with salt water, the discharges continue and the Florida Bay continues to implode.
For us it’s our Florida. For them it’s just cold hard cash.