“More specifically, state Sen. Joe Negron, R-Palm City, advocated cuts to so-called soft services, which include mental health and drug-addiction programs, because many of these services address what Negon views as “a lack of willpower, a lack of discipline, a lack of character.” Negron was the chair of appropriations for health and human services in the state Senate.”

Mental illness knows no parties. It is a bipartisan disease. 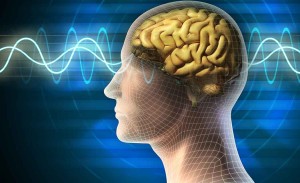 Society is Judged By How They Treat the Most Vulnerable.

What does this say about us?

Mental Illness Is Common
Of Florida’s approximately 18.3 million residents, close to  660,000 adults live with serious mental illness
and about 181,000 children live with serious mental health conditions.
Untreated Mental Illness has Deadly and Costly Consequences
In 2006, 2,440 Floridians died by suicide.
Suicide is almost always the result of untreated or under-
treated mental illness.
Public Mental Health Services
are Inadequate to Meet Needs
•
Florida’s public mental health system
m provides services to only 26 percent of adults who live with
serious mental illnesses in the state.
•
Florida spent just $38 per capita on mental health
agency services in 2006, or $686.6 million
Nationally, an average of 70 percent is spent
on community mental health services and 28 percent on state hospital care.

Criminal Justice Systems Bear a Heavy Burden
•
In 2006, 7,302 children were incarcerated in Florida’s juvenile justice system.
Nationally,
approximately 70 percent of youth in juvenile justice
systems experience mental health disorders, with
20 percent experiencing a
severe
mental health condition.
•
In 2008, approximately 24,600 adults with mental
illnesses were incarcerated in prisons in Florida.
Additionally, an estimated 31 percent of female and 14
percent of male jail inmates nationally live with
serious mental illness.
Many Residents Rely on Public Services for Needed Care
•
Approximately 10.1 percent of Floridians are enrolled in Medicaid.
Housing is Unaffordable for People who rely on SSI or SSDI.
•
The average rent for a studio apartment in Florida is
119 percent of the average Supplemental Security
Income (SSI) payment, making housing unaffordable
for adults living with serious mental illness who rely on SSI.
Here is an article from Science Daily
http://www.sciencedaily.com/releases/2014/06/140605141946.htm

Scientists have identified problems in a connection between brain structures that may predispose individuals to hearing the ‘voices’ that are a common symptom of schizophrenia. Researchers linked the problem to a gene deletion. This leads to changes in brain chemistry that reduce the flow of information between two brain structures involved in processing auditory information.

Here is a video by ROCHE that is a simple explanation on schizophrenia.

The biology of schizophrenia.

I think its very difficult when your not an alcoholic and you have you have to deal with people who are actively.  It’s impossible to be around their behavoir especially when someone doesn’t go to AA and think they can do this themselves or think just not drinking is the answer. It’s even harder when that person is a fellow nurse or doctor or healthcare worker because in that case you have an ethical responsibility to do something. Actually the responsibility goes beyond ethical. In Florida is required.

Moral courage helps us address ethical issues and take action when doing the right thing is not easy. Moral courage involves the willingness to speak out and do what is right in the face of forces that would lead us to act in some other way.

Take a moment to remember the nurse who said she wasn’t working as a nurse and therefore she wasn’t going to perform cpr.

Believe me when we screw up the first thing that is pointed out is that we are nurses.

So I think it’s important to understand our responsibilities.

So I found this article and I really loved it.  It deals with one issue. EGO and ego. This is one thing that can drive you crazy while dealing with a patient. client , friend or family member. I hope it will help others understand. 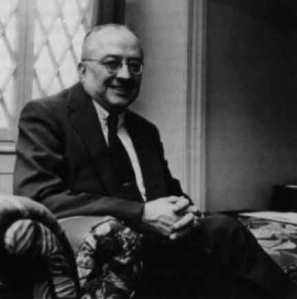 Dr. Harry M. Tiebout, a psychiatrist, was an early pioneer in coupling the principles and philosophy of Alcoholics Anonymous with psychiatric knowledge of alcoholism. A strong supporter of A.A. throughout his life, he consistently worked for acceptance of his views concerning alcoholism the medical and psychiatric professions. He served on the Board of Trustees for A.A. from 1957 to 1966, and was chairman of the National Council on Alcoholism in 1950.”

some of my favorite parts.

“ The first question, what factors in the individual must surrender received passing attention in the article on compliance. There, relative to the difficulty of surrender, I noted that “the presence of an apparently unconquerable ego became evident. It was this ego which had to become humble.” The first part of the present communication will be devoted to an elaboration of the nature of this ego factor.”

“Let us take the same trait of doing everything in a hurry and apply it to the word “immature.” Few will deny that jumping at conclusions, doing things as speedily as possible, give evidence of immaturity. It is youth that drives fast, thinks fast, feels fast, moves fast, acts hastily in most situations. There can be little question that one of the hallmarks of the immature is the proneness to be under inner pressure for accomplishment. Big plans, big schemes, big hopes abound, unfortunately not matched by an ability to produce. But the effect upon the adult of the persisting infantile quality to do everything in less than sufficient time can now be seen in a clearer light. The adult trait is surely a survival from the original psyche of the infant.”

The last trait carried over from infancy is the inability to accept frustration. In an obvious sense, this inability is another aspect of the king within, since one of the prerogatives of royalty is to proceed without interruption. For the king to wait is an affront to the royal rank, a slap at his majesty. The ramifications of this inability to endure frustration are so widespread, and the significance of much that occurs in the behavior of the alcoholic is so far-reaching, that it seems advisable to discuss this trait under a separate heading.”

There are plenty of incredible articles written by Dr Tiebout and how I wish I just knew one psychiatrist who put the amount of thought and compassion into his work as opposed to being there to write a prescription every fifteen minutes. Drugs have taken over our beloved practice of psychiatry. Sometimes good. Sometimes not so good.

Florida has an awesome impaired practitioner program. Here is the one for nurses. There is also one for doctors and for pharmacists.

Florida is one of the first programs and the program is an alternative to discipline. It’s approach is non punitive.  Here is a link to some great videos. It’s actually grounds for disciplinary action not to report. So it even goes beyond ethics to being a part of the Florida Nurse Practice Act.

here is the video on you tube

So as usual, not the blog I wanted to write but the blog that evolved.

What’s the best way to deal with an active alcoholic in your midst? What do you think?

There are wonderful nurses throughout history that have made changes that have benefited us all.  Dorothea Dix is one of my favorite historical nurses.

Dorothea Dix was an educator and social reformer whose devotion to the welfare of the mentally ill led to widespread international reforms.

Born in Hampden, Maine, in 1802, Dorothea Dix was a social reformer whose devotion to the welfare of the mentally ill led to widespread international reforms. After seeing horrific conditions in a Massachusetts prison, she spent the next 40 years lobbying U.S. and Canadian legislators to establish state hospitals for the mentally ill. Her efforts directly affected the building of 32 institutions in the United States.

Here are two I worked in as a mental health tech.

My first job as a Mental Health Tech.

It was a good idea to let the Mentally ill be separate from those who are in jail. Unfortunately, what happened next is not a pretty story leading up to the emptying of state hospital and now we are back to where she is now where people cannot get good mental health care and many people end up in jail instead of treatment where they belong.

The following is a document written by Dorothea Dix to lay out the requirements for women who would work in the nursing service for the Union Army during the American Civil War.

History of Social Reform in Nursing

I feel I need to tackle this any maybe someone somewhere will read it and be able to help someone. The only goodness that comes out of a  suicide death of a friend or a family is perhaps one can gain a little  knowledge and understanding.
As a spiritual counselor and as psych rn sometimes my views run into each other and I have to figure out how to reconcile things. If you do not agree thats fine but even better if this gives you something to think about and one day it will save a life.

1. When someone kills themselves they are not in their right minds. period end of story. and I differentiate this from someone who is at the end of their life and chooses hospice -that is different. When I come across someone who is in this situation a referral to hospice is appropriate. When I come across someone who I feel is depressed and they want to die then all bets are off. Go get assessed and treated then tell me how you feel.

2. If someone you may think is depressed and they have taken all sorts of antidepressants  and non of them work its pretty reasonable to think maybe they are not clinically depressed.

3. Depression is chemical pure and simple. I’m not a proponent of drugs but when people need them they need them.