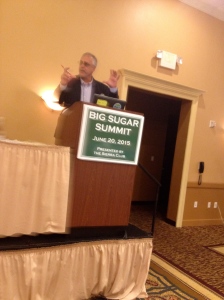 History of The Everglades Law Center

“In 1990, a small group of law professors and lawyers created the Environmental and Natural Resources Law Center, Inc. to establish a nonprofit law firm dedicated to meeting the needs of the public interest in environmental issues facing Florida. In 1995 the organization hired Richard Grosso, the former Legal Director of 1000 Friends of Florida, as its Executive Director, to establish a legal representation program at Nova Southeastern University in Ft. Lauderdale, Florida. The name of the organization was officially changed in October of 1996 to the Environmental and Land Use Law Center, Inc.

The firm began to expand, adding three additional attorneys to the team, including Senior Staff Attorney Lisa Interlandi in 2001 and now Executive Director and General Counsel Jason Totoiu in 2006. In 2006, the firm changed its name to the Everglades Law Center to reflect its unique role in providing legal, strategic and policy advice to the dozens of organizations and individuals working to restore the Everglades.

Today, the Everglades Law Center celebrates over 20 years of providing legal counsel to nearly forty national, state, and local environmental and conservation organizations. We tackle issues from the Kissimmee River Basin to Florida Bay. We also assist clients on issues affecting other imperiled landscapes and watersheds throughout Florida. Our lawyers are strategically located across the greater Everglades ecosystem.”

HO YA GONNA C(S)ITE?” GHOSTBUSTERS AND THE ENVIRONMENTAL REGULATION DEBATE

CHRISTINE ALICE CORCOS[*]Copyright © 1997 Florida State University Journal of Land Use & Environmental LawI. INTRODUCTION “Ghostbusters,[1] the phenomenally successful[2] Bill Murray/Harold Ramis/Dan Ackroyd comedy is generally considered to be an amusing takeoff on horror films of the thirties and forties, a kid’s movie, or a satire on academia, intellectuals, city government, yuppies, tax professionals, and apathetic New Yorkers.[3] What no one has con sidered this movie to be is a thoughtful introduction to environmental law and policy, suitable for discussion in a law school class,[4] or a serious examination of the competing interests in the environmental regulation debate. Yet, the film’s premise is that ghosts, like television advertising, marshmallows, and non-biodegradable packaging materials, can be classed as pollutants—messy, disruptive, loud, dangerous entities that need to be rounded up effectively and confined forever.[5] Further, a government’s inability to admit that an environmental danger, represented here by psychic pollutants, might exist[6] increases the likelihood that such a danger may damage the environment, just as the government’s unwillingness to recognize the true dangers of the pollutants at Love Canal put nearby inhabi tants at risk.[7] Thus, the film contends that the traditional reaction of the independent-thinking American to a danger which government is unable or unwilling to respond to is a kind of justified vigilantism. Too much government, like too much dependence on government, creates an environment suitable for disaster.”

A compelling story about water!