Starring Jimmy Smits, this epic drama chronicles the external rivalries and internal power struggles of a large Cuban-American family running an immensely successful rum and sugar business in South Florida. When the family patriarch, Pancho Duque, is offered a lucrative but questionable deal by his bitter adversaries, the Samuels, he’s faced with a difficult choice: Should he cash out of the sugar business and focus solely on rum, which would please his biological son, Frank Duque? Or should he protect the family legacy that he built from the ground up by refusing to sell? This would involve siding with his son-in-law, Alex Vega, who despises the Samuels and foresees multi-billion dollar profits from future ethanol contracts.

It opened to more than 11 million viewers.

Due to the 2007–2008 Writers Guild of America strike, Cane completed its first season on December 18, 2007. On February 8, 2008 The Los Angeles Times reported that the effects of the writers strike “could spell sudden death for such programs as NBC’s Bionic Woman and CBS’ Cane, industry executives predicted.”[10] It was also reported by USA Today that Cane would be “gone for good. On February 14, 2008, CBS released a statement declaring that Cane is still on “hiatus to accommodate the mid-season launches of Big Brother, Jericho and Dexter.”  In an April 2008 interview, CBS Entertainment President Nina Tassler called the drama’s chances for renewal “a real long shot.”On May 14, 2008, CBS officially cancelled the series.

so then we read this

The series premiered on CBS on September 25, 2007 as announced on July 18, 2007 by the network The pilot episode was leaked to BitTorrent websites in the same month to the chagrin of studio executives. Cane was unaffected by the 2007 Writers Guild of America strike as all the episodes had been written before the strike started.

writer’s strike I don’t think so.

If you’ve lived around here for a while and those details remind you of the Fanjul family of Palm Beach, you’re not alone. The Fanjuls think Cane might remind viewers of them, and they’re not really happy about it.

Joseph Klock Jr., Miami-based general counsel for the Fanjul’s West Palm Beach holding company, Flo-Sun Inc., said Friday lawyers for the Fanjuls are in communication with CBS and the scripts are being reviewed.

“We want to make sure it is absolutely clear it has nothing to do with the Fanjuls or their companies,” said Klock, of Epstein Becker & Green. “None of this conduct is the kind of conduct the Fanjuls engage in.”

Cane, which some industry observers describe as a “Cuban Sopranos,” is filled with the usual TV mayhem you’d expect from a glitzy prime-time soap: sex, violence and murder. There’s also an internal power struggle between two brothers in the powerful, fictional Duque family. The chief protagonist in the series is Alex Vega, an adopted son of the Duques played by Jimmy Smits, a well-regarded actor of Puerto Rican descent most recently featured on The West Wing.

Barbara Miedema, spokeswoman for the Sugar Cane Growers Cooperative of Florida in Belle Glade, which includes the Fanjuls in its membership, said she doesn’t see much realistic about Cane. “From what I have seen, it looks like pure fiction.”

Cantens, the Fanjul spokesman, said when the family first learned about Cane a few months ago, they thought it was going to be a documentary. They learned differently a few weeks ago, he said.

“Someone sent me an e-mail. Then it went to the legal end of the building,” Cantens said.

“People are going to say, ‘Oh, my God, it must be about the Fanjuls,’” he said. “That is their concern: if there are going to be similarities.”

So the show was already written so its cancellation had nothing to do with the writer’s strike. Having a show like this in South Florida brings in a lot of money for our local business and work for our actors and other film professionals.

Bring it back! There’s so much more to write. 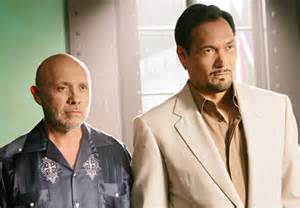