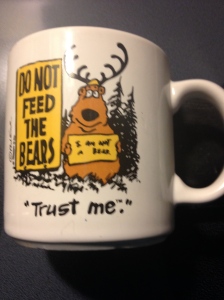 The national news (Newsweek) are painting us as ok with this bear hunt.

Asked whether bears are the biggest threat to bears, Wraithmell responds: “I don’t believe that’s supported by science right now…. In addition to habitat loss, major causes of mortality for bears in Florida are roadkill and euthanasia for nuisance bears.”

This is the video from the hearing in Ft Lauderdale.

Here are some comments I jotted down as I listened.

“Letters after Letters and we are being ignored.” (Sound familiar?)
Vivian Handy : 28 biologists redefinition was not due to the population number but when it was delisted as threatened. This will effect the success of dening. The hunt will introduce noise and fears, pregnant mothers could be short and the cubs could be shot.
People talk about Florida’s reputation. (Just kick us in the head.)

the humane society of the united states was there.

Chuck O’Neal: Your hunt is based on cherry picked data

We don’t even know how many bears we have!

You are appointed and not elected and you don’t have to listen to the people
we’ll see you court. We’ll see you in the media

Jon Ullman the sierra club: ” Its about development. ”

If your going to kill something you should eat not stuff it.

I can’t believe these are the people making decisions for our animals.

There’s no explanation. This is rigged.

Ronald Bergeron, one of the commissioners,  said he can’t vote for any quota is against the hunt because he doesn’t see the science. He believes that bears are an icon of Florida. He think the train has moved very rapidly.
(at about 2:00) He lays out the scenario about when hunting is appropriate.

2:08 water in the WMAS  blamed sfwmd
position paper on water level (Have to go look for that)

Just so people know we have plenty of hunting in Florida but here on the FWC has proudly put a hunter with a dead bear on their website.

apparently so. If you google dove recipes there are plenty. Like this one.