From the land of Pure Gold – our friend Rochelle Lesser! I’m so happy your a wordpress blogger. I’m reblogging this post. 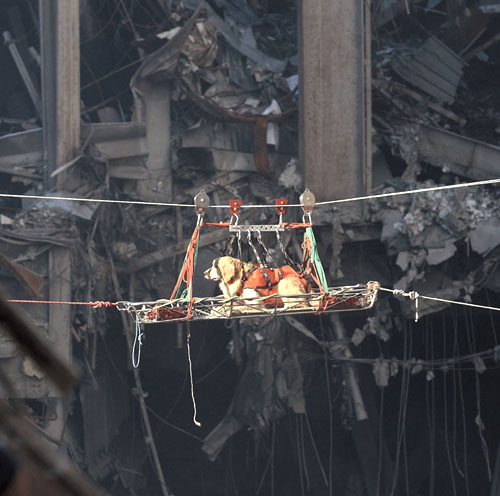 This one photo has never left my mind, heart, or soul as the images
from such a tragic day tend to be indelibly marked.

The post below originally appeared on May 28, 2007, sad news from Riley’s dad, Chris Selfridge, prompting many heavy hearts. Although I never got to meet Riley, I loved him as did so many other folks who had been glued to their television sets after the attack on the twin towers.

On 2/26/10, Riley passed away. He was our family pet, my friend and partner. Riley was 13 in November. He lived a good life and taught me many lessons during his time with me. He will be greatly missed. I love you Bub!

Dog book author, Susan McCullough, has included Riley in her upcoming book on Golden Retrievers and learned more about his final days.

While Riley had aced a physical this…

2 comments on “Golden Retriever Riley: The Real (Iconic) Hero of 9/11(From the Land of Pure Gold)”