Important information regarding our reefs in south florida.

In a 15 page letter the group details the Corps multiple failures to protect coral reef resources during the recent Port of Miami Deep Dredge Project.

Their letter cites reports from NOAA National Marine Fisheries Service, USEPA and the Florida Department of Environmental Protection documenting coral mortality and damage to the reef habitat that far exceeded what had been permitted for during the Miami dredge project. The Miami project smothered 100’s of acres of coral reef as far as 3,000 feet beyond what had been anticipated. 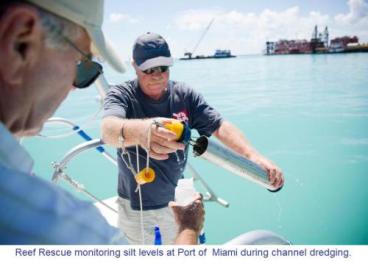 The reefs off the…