To all the people that voted for him: thanks! yikes

To the press that quote him over and over again: really?

To Everyone else: Understand clearly who is making decisions about OUR DISCHARGES, OUR DRINKING WATER, OUR EVERGLADES.

To the new outlets: Didn’t you think this was necessary to include this information in your reports?

This is the time of year when state Sen. Alan Hays usually tries to turn one of his extreme opinions into law by filing a bill that the Legislature has to consider with a straight face.

Session 2013: The Umatilla Republican does not disappoint.

Hays has offered bills in the past that delighted his insurance and development backers but would have left his constituents seething. The worst among them was a bill that would have deregulated the insurance industry, launching the cost of homeowner premiums into the ozone.

The winner of the annual competition for Hays’ Most Bizarre Bill is SB 584, an absurd measure that seeks to prevent the state, counties and cities from buying any more conservation land than they already own unless they sell an equal amount of publicly held property

Yep, that’s it, folks. Sell some of that “useless” property you’re just hanging onto for no reason if you want another park. You’ve hit the cap.

Sen. Alan Hays, a Umatilla Republican who is chairman of the subcommittee, said the state might already have enough land within its preservation inventory.

Many lawmakers see the issue much differently. They say Florida owns enough land, and argue that the amendment language is broad enough that they can steer nearly all the money to other environmental priorities.

Hays chairs the Senate committee that was responsible for creating an environmental spending plan that conforms with the constitutional amendment.

Of course they do.

This is Florida where the fox is in charge of the hen house. 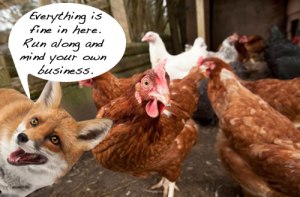 Now they are laughing at us.

We live in Florida so this sounds just about right.