We know who U.S. Sugar owns but who owns them?

We even know some of these people! 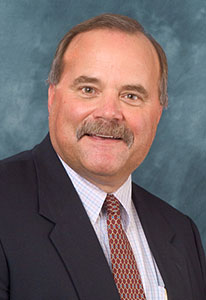 “Funny because one of the top four things that the Mott Foundation does is the “environment and clean water.”

“US Sugar are convicted Felons” said Barley. “They plead guilty to knowingly putting hazardous waste in the water. In our water. Then backpumping it back into Lake Okeechobee. ”

“Why should we allow convicted criminals to buy our politicians?”

“Big Sugar add .01 percent to Florida’s economy. If that.”

This year’s summit also will mark the 10-year anniversary of a landmark agreement between the United States and Canada to protect and manage the Great Lakes region’s shared freshwater resources. Those efforts were further advanced in 2008 with federal passage in the United States of the Great Lakes Compact, a first-of-its-kind legal framework that is helping to preserve the lakes as environmental and economic assets.

Mott grantees were among those who helped shape and inform the Compact’s creation, and they continue the hard work of protecting freshwater for future generations.

???? I’m so confused. How can this even be?
How can these people destroy us, pollute us and be like la de da on their website?
Apparently It’s Complicated.
http://www.nytimes.com/2008/05/29/business/29sugarside.html?_r=0
or the Mott Children’s Health Center, a corporate takeover offer to buy U.S. Sugar for $293 a share could have meant a payday of $125 million — enough to care for 12,000 children a year for more than 14 years.

Last year, the offer was taken off the table. Then this spring, U.S. Sugar suspended its dividend. That has left the charity with a big block of paper that, for the purpose of financing its operations, is essentially worthless. There is no market for the stock in U.S. Sugar, a private company, and the medical center cannot make the company buy back the shares.

Angry former employees of U.S. Sugar say that the needy children of Flint are the victims of the same financial maneuvers that have undercut the workers’ retirement plan. The Children’s Health Center was carrying the U.S. Sugar stock on its books at $153 a share in 2005, they say, when the offer emerged for $293 a share.

The “offer thus presented the opportunity to receive 91 percent more,” the former employees say in a lawsuit against the company and some other shareholders. A no-brainer, they say: The children of Flint would have been much better off, had the health center sold its shares.

so check this out!

Gov. Charlie Crist is proposing that Florida buy all of U.S. Sugar’s land — roughly 181,000 acres — for $1.3 billion, then lease it back to the company for seven years so that farming can continue while the state starts building systems to restore the flow of water to the Everglades.

U.S. Sugar’s Chief Executive Officer Robert H. Buker Jr. has estimated that shareholders could receive $365 a share during the course of seven years under these arrangements.

The board of U.S. Sugar on Monday recommended the state’s buyout proposal over the rival proposal, an offer of $300 a share in cash for all of the company’s stock, made by the Lawrence Group, a large and reclusive father-son agriculture concern.

Robert E. Coker, a senior vice president at U.S. Sugar, has said that a letter from the Lawrences summing up their offer was insufficient and did not amount to a firm proposal. He also called it a hostile offer that could not be compared with the Florida bid.

The Lawrences dispute that, insisting that their offer is complete and hostile only to the company’s management, which does not want to be replaced.

The board is expected to send its recommendations to U.S. Sugar’s shareholders for a vote. But no matter what the board recommends, the major shareholders of U.S. Sugar may have no choice. Some of the biggest ones are philanthropic institutions in Flint that long ago signed confidential agreements that they would not sell their shares to anyone trying to take over the company.

That would appear to preclude them from accepting the Lawrence Group’s offer, even if it proves superior — which could set the stage for a legal showdown. The boards of public charities are required by law to maximize the value of the assets under their control, on behalf of their beneficiaries. In this case, the beneficiaries include thousands of impoverished children in Flint.

U.S. Sugar’s shares are a big part of the portfolio of the Mott Children’s Health Center, a charity that provides low-cost care to needy children in Flint. Another major shareholder is the Mott Foundation, named for the Flint industrialist who was once the biggest shareholder of General Motors. The Community Foundation of Greater Flint also owns a block of U.S. Sugar shares.

There have been estimates that Mott Children’s Health Center and the Mott Foundation would get $100 million each from a deal while the Community Foundation of Greater Flint would get $33 million.

These institutions have not had a chance to sell their shares until now, because there has been no market for the stock since U.S. Sugar went private in 1983. That was not an issue for years, because U.S. Sugar was profitable and paid the charities dividends they could use to finance their operations.

Descendants of Charles Stewart Mott, the industrialist who created the foundation that bears his name, have been accused of cheating employees at a sugar company out of an opportunity to sell shares in their retirement plan at an attractive price…

and this from SFWMD when they used to be mensches.

The Charles Stewart Mott Foundation gave away more than $100 million
in 2006. Among the 545 grants were $100,000 to the Civil Society
Institute in Druzhby Narodiv, Ukraine, and $300,000 to the Genesee
County Land Bank Authority in Flint, Mich. Is it too much to ask that next
year’s grants include employment assistance to Belle Glade and
Clewiston?
The Mott Foundation. Kings of Pollution and Poverty. 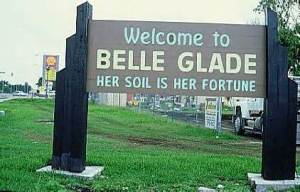 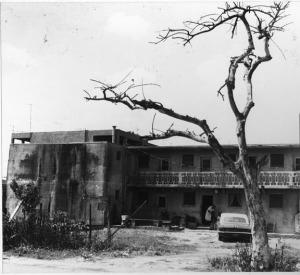 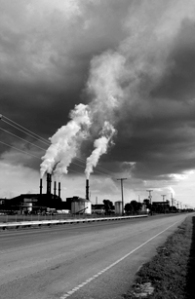 So that’s the Mott Foundation and there seems to be an issue with the pension fund. It’s look like from the articles that everyone was on board with deal Charlie made for the land. What happen?
No. really maybe those three on the top can fill us – Robert Coker, Judy Sanchez or Bubba Wade. What happened? Why the hold out?
Are you just holding out to make more money on that land for the pension fund? Is this what is destroying our chances of clean water and no more discharges?