***VIDEO CHALLENGE AND PROTEST*** DEMAND CLEAN WATER! Meet us at Phipps park and we can all stand together! Ask your elected officials to CANCEL THE DISCHARGES and BUY THE LAND! This Sunday, make a video on your phone, make sure to include those two messages in a peaceful video and submit it on to FB. Tag 3 of your friends and ask them to make their own video and do the same about why we want to stop the discharges and buy the land. Time is running out! Enough is enough!

We came! We Marched! We uploaded video all at the same time. 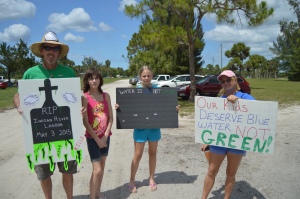 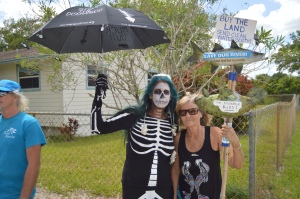 Why? To create awareness because apparently even after we were  dumped on,  had our estuary and economy destroyed, had multiple protests with up to 7,000 people, went  to DC, went to Tallahassee, had dozens of events, took thousands of hours of video, took a gazillion photos, wrote  hundreds of letters, emails and tweets  we are at this moment in time right back where we started from at the very beginning.

Because the ACOE thinks this stuff will dissipate when it hits the brackish water because that worked so well before.  We have been rejected by our own legislators, our water management district. Everyone. Poisoning us is ok with everyone. Except us.

The Speaker of House

does not want to buy any conservation land. He won’t even discuss it. He won’t even let us know if he understands why this particular piece of land is important. Senator Alan Hay, the same thing. We’re paying attention.

You want to make all the people behave and listen then you are responsible for the destruction of the St Lucie River and the Indian River Lagoon. This is on you.

We need you. Please come quickly

The lake is at 13 ft. Seriously are you kidding me.

Two years ago I bought that we had issues with dike. Millions of dollars later how can there be an issue?

This is whats coming.

This is what we need to do.

Here we are today. 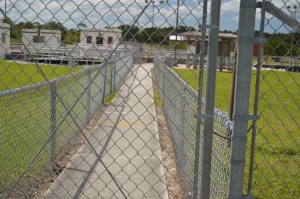 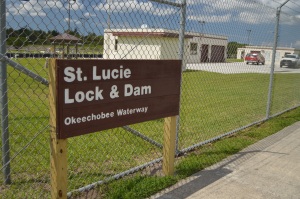